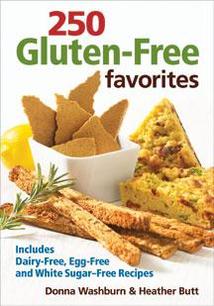 Heather Butt, P.H.Ec. and Donna Washburn, P.H.Ec. both Professional Home Economists with honors food science degrees, are acknowledged experts in the field of gluten-free recipe development and bread machine baking. They met while college professors in the field of foods and nutrition and began their business, Quality Professional Services.

Previous to becoming bestselling cookbook authors they worked for many manufacturers of small appliances developing recipes for bread machines, operated a call center for a yeast company and became spokespersons for yeast and flour companies. Working together in their test kitchen they enjoy the added challenge of developing recipes for gluten-free products that are nutritious and as close to wheat as possible in both flavor and texture. They strive to provide recipes the whole family will find enjoyable. Donna lives in Mallorytown, Ontario and Heather lives in Brockville, Ontario. Please visit www.robertrose.ca for more information. 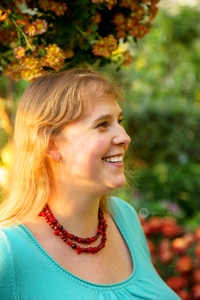 Maria Depenweiller is a Professional Home Economist with a keen passion for food and culinary history. Born in Moscow, Russia she came to Canada in 1998. Currently she is an active member of OHEIB (Ontario Home Economists in
Business), OHEA (Ontario Home Economist Association) and THEA (Toronto Home
Economist Association). Maria holds a Bachelor of Applied Science degree in Food
Science and Nutrition from Ryerson University. Her special area of interest is low protein cooking for metabolic disorders. In 2008 she collaborated with Russian Orthodox priest father Maxim Obukhov and published her first book in Russian language: Healthy Food. On the benefits of oats and other crops. Then in 2009 came out their second collaboration project - Russian Recipes of health and longevity. Most recently Maria had authored a low protein cook
book in Russian language - Low Protein Cooking for Phenylketonuria that came out in 2012.

Currently Maria runs her own business - The Wooden Spoon
(www.thewoodenspoon.ca) and hopes to publish her first English language book in 2014. 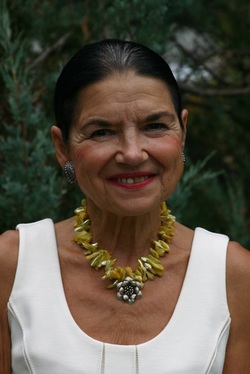 Margaret Dickenson, who for 28 years accompanied her Foreign Service spouse  to 8 fascinating countries, is a multi-international award winning cookbook  author, recipe/menu developer and TV host. In May 2009, at the Cordon d’Or - Gold Ribbon Academy of International Cookbook & Culinary Arts Awards (2008), Margaret was named Culinarian of the Year.  Ottawa Life Magazine saluted Margaret as one of the top 50 people in the capital for 2010. And in March 2012, The University of Guelph Alumni Association recognized Margaret as it’s Alumna of Honour for 2011. In presenting the award, the President of the UGAA said: “The University of Guelph Alumni Association presents the Alumnus of Honour Award to celebrate the achievements of alumni who have brought great honour to their alma mater through professional, community and/or personal endeavours. We are proud to count you among the University’s most distinguished alumni”. One award has been given for each of the past 42 years. Currently, there are 100,000 alumni.

A Professional Home Economist with a degree in foods and nutrition from the University of Guelph, Margaret was recognized in 2003 as one of 76 recipients of the Macdonald Institute’s Centennial Awards. She is a member of the International Association of Culinary Professionals, Cuisine Canada, Canadian Foreign Service Association, as well as the Ontario & Ottawa Home Economics Associations. 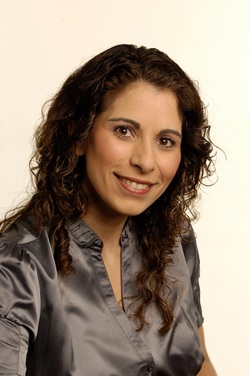 Highly experienced and well-regarded Professional Home Economist, Emily Richards has an extensive know-how in the Food Industry which is strengthened with her Bachelor of Science, Home Economics  specializing in Food and Nutrition from the University of Western Ontario and over 15 years experience in the food world.

Emily has authored and co-authored many cookbooks and continues to create recipes for notable magazines, newspapers and companies. Emily also appears across the web presenting recipes that are easy to prepare for busy families and enjoy together. 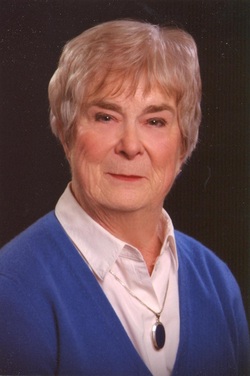 Margaret Howard, BSc, P.H.Ec., is a former dietitian and Professional Home Economist and the author of many cookbooks including All Fired Up!, The Complete Book of Year-Round Preserving and The 250 Best 4-Ingredient Recipes. Recently, Margaret was inducted into the Hall of Fame as Home Economist of the Year by the Ontario Home Economists in Business. 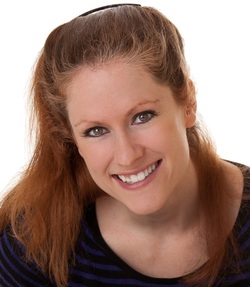 Allison Jorgens is a Professional Home Economist holding a degree in nutritional sciences. She has been working as a food label specialist for grocers and food manufactures in Canada for nearly a decade. Over the past ten years, Allison has reviewed thousands of food labels for many of Canada’s leading private-label grocery brands, large and small manufacturers, distributors, and a variety of importers. It is this wide-ranging experience in regulatory-compliance label reviews that  makes her knowledge unique—and her perspective all the more shocking. As a concerned parent and advocate of leading a healthful lifestyle,  Allison recommends that all consumers empower themselves with the knowledge needed to make more healthful and informed choices. 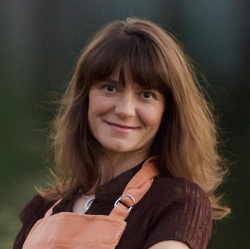 Professional Home Economist Jennifer MacKenzie grew up with a love of food and good nutrition. As she was completing high school she decided to turn her hobby of cooking into her profession. She completed her degree, a Bachelor of Science in Foods and Nutrition, at Brescia College at the University of Western Ontario and worked in restaurant and hotel kitchens during school breaks to gain practical cooking experience. Upon graduation, Jennifer spent more than five years as a home economist in the Canadian Living magazine test kitchen.

In 1999 Jennifer started her own food consulting business, FOODWORX, and is now a freelance writer, recipe developer, tester and editor, cooking instructor, spokesperson and special events coordinator. She shares her passion for delicious, easy-to-make, nutritious food in publications such as the LCBO’s Food & Drink magazine and other national and local publications. Jennifer has been the official Milk Calendar recipe developer for the past several years. She has developed 27 new delicious and nutritious recipes for the 2010 Milk Calendar. Jennifer has written for several national magazines, has tested and recipe-edited over eighty cookbooks and taught cooking classes across Canada. She can frequently be seen cooking on NewsWatch @ 5:30 on CHEX Television in Peterborough and has made appearances on national and provincial television programs, as well as radio.

In December 2005, Jennifer, along with her husband, Chef Jay Nutt, opened Nuttshell Next Door Café, where there is a friendly, neighbourhood atmosphere serving fresh breakfast and lunch fare and baked goods – all made from scratch – and specialty coffees and teas. It is home to the best verandah in town and a wonderful garden.

Jennifer keeps active professionally as a member of Ontario Home Economists in Business. Jennifer was the recipient of the 2008 OHEA President’s Distinguished Service Award. In her spare time, Jennifer gets involved in fundraisers for The James Fund for Neuroblastoma Research www.jamesfund.ca and other community events.

Jennifer keeps fit with yoga, walking and lifting bags and bags of groceries. She is a passionate knitter, a novice at crochet and loves to dabble in anything crafty. Jennifer and Jay along with their dogs Snoopy and Daisy make their home in Buckhorn, Ont. They live on a little piece of Kawartha waterfront where they skate in winter, paddle their canoe and kayaks in summer and grow fruits, vegetables and herbs to make into delicious dishes to share with family and friends. 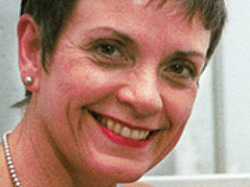 Jan Main is a Professional Home Economist, caterer, teacher, and cookbook author. She has been teaching cooking and writing about food since 1978. Jan had developed a number of recipes for anyone suffering from lactose intolerance. Her mission is to create recipes that provide calcium without relying on cheese, milk, yogurt or other dairy products. 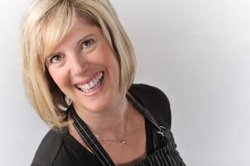 Donna-Marie is a Professional Home Economist who began her food career over 25 years ago. After graduating from Ryerson with a degree in Food & Nutrition she went to work as assistant to well-known cookbook author and home economist, Kay Spicer. Under Kay's guiding hand, she learned the art of writing and developing recipes for a variety of food companies, magazines and cookbooks as well as  testing recipes to typing the manuscripts. Donna-Marie then spent many years as staff home economist for various food companies such as Kraft Foods, Turkey Farmers of Ontario and Ontario Pork.

Donna-Marie is the author to four best selling cookbooks Canada’s Best Slow Cooker Recipes, The Best Family Slow Cooker Recipes, 300 Slow Cooker Favourites and her latest release, Canada's Slow Cooker Winners. Her books are sold throughout North America and Europe and have been translated into French. In 2011, Donna-Marie began sharing her passion and love of food and cooking when she opened her own cooking school and boutique kitchen store called Relish Cooking Studio in Waterloo Ontario. Along with her business partner, Maria Burjoski, they teach recreation cooking classes focusing on local and international cuisine as well as important cooking techniques in their fully-equipped dream demonstration kitchen.

When not in the kitchen, you can follow her on Twitter at @slowcookerqueen and @relishcooks or on her website www.relishcookingstudio.com. Donna-Marie lives in Waterloo with her husband, two children and dog named Basil. 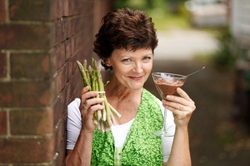 Mairlyn Smith is the only Professional Home Economist and food writer in Canada that is also an alumnus of the Second City Comedy Troupe making her a popular TV and media food personality. Her ability to mix learning with laughter is her forte.

In 1976 she graduated with a degree in Home Economics from the University of British Columbia. She then returned to UBC and completed her Teaching Certificate before going on to teach Home Economics and head the Department of Fine Arts at Balmoral Junior High.

Unable to shake the acting bug, Mairlyn enrolled at the American Academy of Dramatic Arts in California. Then, like most Canadian actors in the 1980s, she moved to Toronto to find work. Mairlyn has been seen on over 100 television commercials, performed on live stage including the Second City Comedy Troupe, and has been in many TV shows as well as films. Her versatility in acting and cooking with a comedic flair landed her the job as a host of Harrowsmith Country Life and a subsequent Gemini Nomination.
​
A regular guest expert on the popular Daytime TV show Cityline and Toronto's Breakfast TV. Mairlyn is a popular guest speaker at events across Canada. 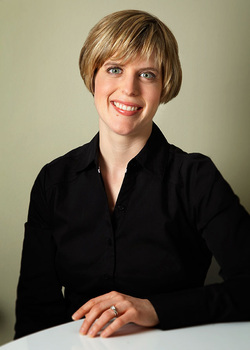 With a degree in food and nutrition and field experience as a Professional Home Economist, Amy Snider-Whitson is a proven recipe developer and culinary nutrition consultant. After 10 years collaborating with Dana McCauley, Amy now leads a team of skilled home economists, chefs and other culinary professionals under the banner, The Test Kitchen Incorporated. Creativity, consistency and quality are a priority for Amy. Snider-Whitson values a team approach to the recipe practice, which provides a quality of service that has made The Test Kitchen Inc. a preferred supplier for food companies, PR firms and marketing agencies. The Test Kitchen Inc. team develops hundreds of recipes for its corporate food clients as well as providing a range of supportive services. A full service practice, Snider-Whitson provides professional nutrient analysis services to guide recipe development and marketing initiatives. After years of working with a variety of data base programs, analyzing thousands of recipes, Amy is very comfortable working within both CFIA and USDA guidelines. 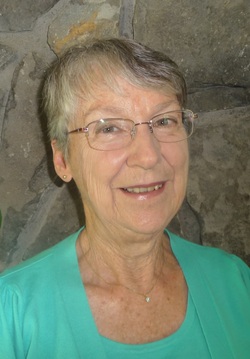 Ellie Topp is a Professional Home Economist, and a Certified Culinary Professional (CCP) with the International Association of Culinary Professionals. After completing a Masters degree in foods and nutrition at the University of Wisconsin, Ellie began her career in foods in the food research labs at the University of Illinois. A move to Ottawa brought a turn to teaching, food writing and free-lancing including contracts at the Food Research Labs at Agriculture and Agri-Foods Canada and with Canola Information Service where in collaboration with Health Canada, she developed a safe method for making flavoured oils with the results published in Food Research International in 2003.
She has authored and co-authored many cookbooks including Healthy Home Cooking sponsored by the Canadian Home Economics Association, The Complete Book of Small-Batch Preserving now in its second edition, Preserving Made Easy and Fresh and Healthy Cooking for Two.